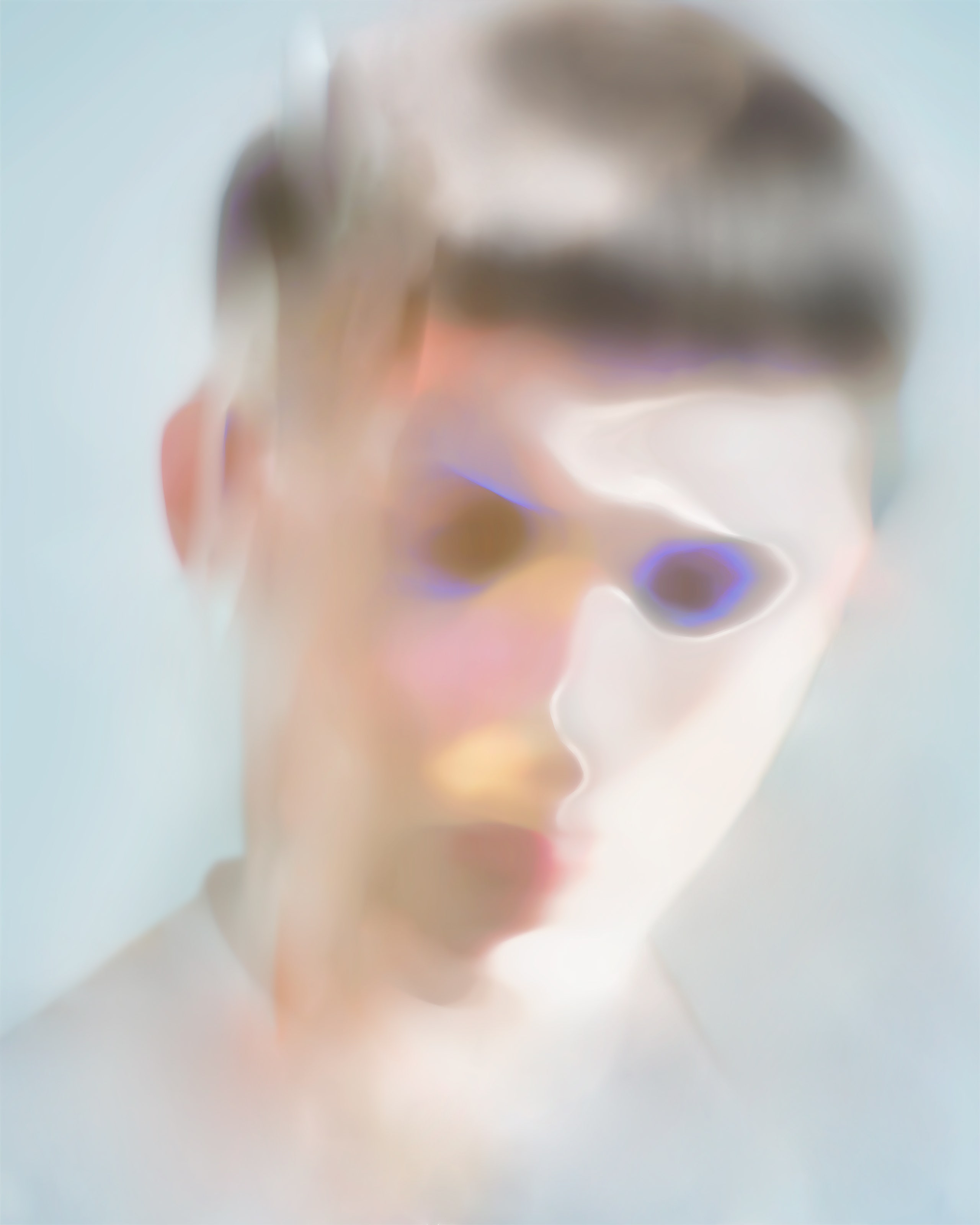 Since Li was young, he and his mother have communicated best in writing. It began with their leaving handwritten notes around the house where he grew up, in Florida; now, even when he visits his parents’ home in Taiwan, he still tends to write them e-mails from his room. Li, in his thirties, has good reasons to view “writing, not speech, as his means to communicate ‘at a deeper level.’ ” For one thing, when he and his parents are with one another, eating fermented vegetables or walking man-made steps up a mountain, they limit themselves to short, simple phrases, speaking a “crude, ungrammatical Mandarin-English mix,” thanks to Li’s halting Chinese. For another, his parents bicker infectiously, often roping him in as a mediator, or collateral damage, or both.

When Li’s parents do attempt kindness, they often require the use of the small family poodle, Dudu, on whom they project emotions too fragile to survive the passage of direct communication. When Li’s mother flaps the dog’s paw to wave goodbye to her business-tripping husband, Li is moved by “his parents’ sly, Dudu-mediated tenderness.” In fact, Li’s parents often unthinkingly refer to their son as “Du,” as if the name were their generic term for a loved one; on his third visit to Taiwan, Li starts doing the same thing to them. In Chinese, du means many things; pronounced with a rising tone, it could, given the prodigious homophony of Mandarin, mean “reading,” “drugs,” or “being alone.”

As it happens, these are Li’s three primary activities in “Leave Society,” the latest autobiographical novel from the author Tao Lin. Lin has spent the past decade novelizing his life in aloof, literal-minded prose; his breakthrough novel, “Taipei” (2013), which fictionalized a drug-fuelled relationship, was apparently pared down from a twenty-five-thousand-page draft of recollections. Lin’s books of autofiction have made him something of a darling in the Alt Lit scene, where their disaffected sincerity has earned him the title of (although we have so many of these now) the “voice of his generation”—namely, the millennial one, with its infinitely mediated sentimentality.

With “Leave Society,” Lin continues his autobiographical project by narrowing its scope even further, until only he and a small handful of others remain. Chronic back pain limits Li’s ability to move and work on his novel (the one we’re reading); to manage the pain, he relies on LSD and cannabis, both of which he takes freely in his Manhattan apartment but must sneak into Taiwan. A doctor at a rehabilitation center eventually diagnoses Li with ankylosing spondylitis, a rare form of spinal inflammation. But Li, distrustful of Western medicine, refuses a prescription for steroids, preferring the holistic approaches he researches on the Internet from his arthritic solitude. He reads about natural health, traditional medicine, volcanic minerals, vegetable capsules. He is constantly identifying new toxins, diagnosing new vectors of inflammation. He fears glyphosate, pesticides, and Crest toothpaste.

If this is hypochondria, it is justified: Western medicine is good at handling acute trauma—for instance, a young Li’s frequently collapsing lung—but has a poor track record with chronic pain. But Li is also a hypochondriac of ideas—that is, he often thinks he has them. In bed at night, he thinks about global chronic illness, the C.I.A.’s mind-control program, pottery, the nature of dreams, Dao. He imagines life as a novel, death as finishing it and putting it down. He imagines imagination itself as a forest full of phytoncides and anions, the naturally healing “air vitamins” that he learns about from a sign by a waterfall.

In the course of “Leave Society,” Li settles on a naïve prelapsarianism, straight out of Riane Eisler’s dubious eighties classic, “The Chalice and the Blade.” It seemed to Eisler, who, as a girl, witnessed her father being dragged away by the Nazis, that Neolithic “partnership societies,” made up of peaceful, Mother Goddess–worshipping egalitarians, had been replaced by “the dominator model of social organization” around 5000 B.C.E., following the invention of copper smelting. This new model brought to the earth war, patriarchy, and—eventually—the air- and foodborne pollutants that Li spends the novel trying to expel from his body. Li turns Eisler’s ideas over in his head, slowly teaching himself to practice partnership qualities like humility and gratitude.

Occasionally, Li’s attempts to midwife the universe through mindfulness give rise to brief sunbursts of poetic exuberance, as when he starts noticing (or hallucinating) twinkling particles in the air around Washington Square Park—“translucent, vibrating, meshed hexagons” that he decides to call “microfireflies.” But most of the book proceeds with list-like matter-of-factness, as if the author is skimming the ingredients on the back of his mother’s Neutrogena hand cream. The first sentence of almost every chapter contains at least one number, often several, like a medical record: “Thirty tabs of LSD arrived on day thirty-five.” This kind of prose can be elegant; it can also feel like dieting.

But it’s most interesting to consider the book’s flat affect as a curious, sidewise effect of Li’s linguistic relationship to his parents. Their dialogue is spare and repetitive, their small Beckettian utterances often just missing their marks:

“When you were small, at Fat Uncle’s home, you fell off the sink,” said Li’s mom.

“The sink in the bathroom at Fat Uncle’s home.”

There is a translated quality to this kind of writing, as if Lin were rendering Mandarin word for word; in fact, given Li’s propensity for audio recordings, this is likely exactly what happened. “If Li has a baby, he won’t come to Taiwan,” Li’s father remarks, after Li starts seeing a woman in his apartment building. “Will,” Li’s mother replies—a single-word answer that scans in Mandarin, a language that often drops pronouns, but sounds off in English. Li and his parents putter around in this gap between languages, leaving readers with a small inventory of calques and loanwords. Lin notes early on that, in Chinese, one usually says “not good” instead of “bad,” and the phrase repeats with sweet awkwardness throughout the novel. “I don’t feel not good,” Li insists, at one point, to his mother, mediating language, emotion, and maternal relation all at once.

Like Tao Lin, whose nonfiction book “Trip: Psychedelics, Alienation, and Change” was well received a few years ago, Li is recovering from years of abusing amphetamines and benzodiazepine. But, more than that, he is trying to “recover from himself.” This is a touching notion, as earnest and meek as Li himself, who spends the novel inching tenderly toward his goal of “leaving society”—and, along with it, the existential self-importance of its most voguish genre. “He didn’t want to specialize in embodying and languaging confused alienation anymore, as he had for a decade, writing existential autofiction,” Lin writes.

Yet autofiction this is. Li reminds his parents that he is recording their conversations; he reflects on how their bickering will play in his novel; and he worries that the book is nudging him to “generate novelty,” manufacture drama. Ultimately, Li decides that he likes autobiography’s “self-catalyzing properties” too much to abandon it, observing that life is “larger, realer, more complicated” than a novel. Of course, that is a novel’s value—not that you can fit a whole life inside of one but that life, in being pared down to the size of a book, necessarily acquires the specificity of form. This act of aspect-giving—of making things look one way and not another—is the primary function of authorship. Think of Oscar Wilde, who once wrote that London wasn’t foggy until the Impressionists started painting it that way.

In this sense, all fiction is autofiction; every novel is a record of an author’s attempt to transcribe themselves. I don’t just mean that all fiction is, intentionally or not, autobiographical. I also mean that all novels refract the veiled subjectivity of their authors. On a walk up a mountain, Li and his parents rehearse a famous story from the Zhuangzi, a Daoist classic. It’s said that the philosopher Zhuangzi, upon seeing some minnows in a river, remarked to his friend that the fish looked happy. “You’re not a fish, so how do you know they’re happy?” his friend asked. “You’re not me,” Zhuangzi replied, “so how do you know I don’t?” What was Zhuangzi doing when he said the fish were happy? Well, writing fiction, of course.

My point is that what makes a piece of writing autofiction is not, in the first place, the self-consciousness suggested by that ponderous moniker but, rather, at least in Tao Lin’s case, the brazenness of its self-concealment. In other kinds of fiction, the author hides behind plot, character, or style; in autofiction, the author hides behind his own life. This, too, is form—as Lin has said, his focus in autobiographical fiction is “still on creating an effect, not on documenting reality.” But the effect he’s created is a kind of fastidious plotlessness, one whose accuracy to life, affected or not (“Li’s dad mumbled something that was inaudible in the recording”), has the ambivalent virtue of being, like life itself, mostly boring. If you prefer, we can regard boringness as a perfectly neutral aesthetic category. Even so, it’s not a reason that most people read novels.